Toronto is one of the busiest and most congested cosmopolitans in the world. It is an international hub for business, finance, communication, technology as well as art and entertainment. The best way to experience this city is by driving. Hi-Tech Driver Education, the best Toronto driving school, offers comprehensive training lessons to get you ready for the road. 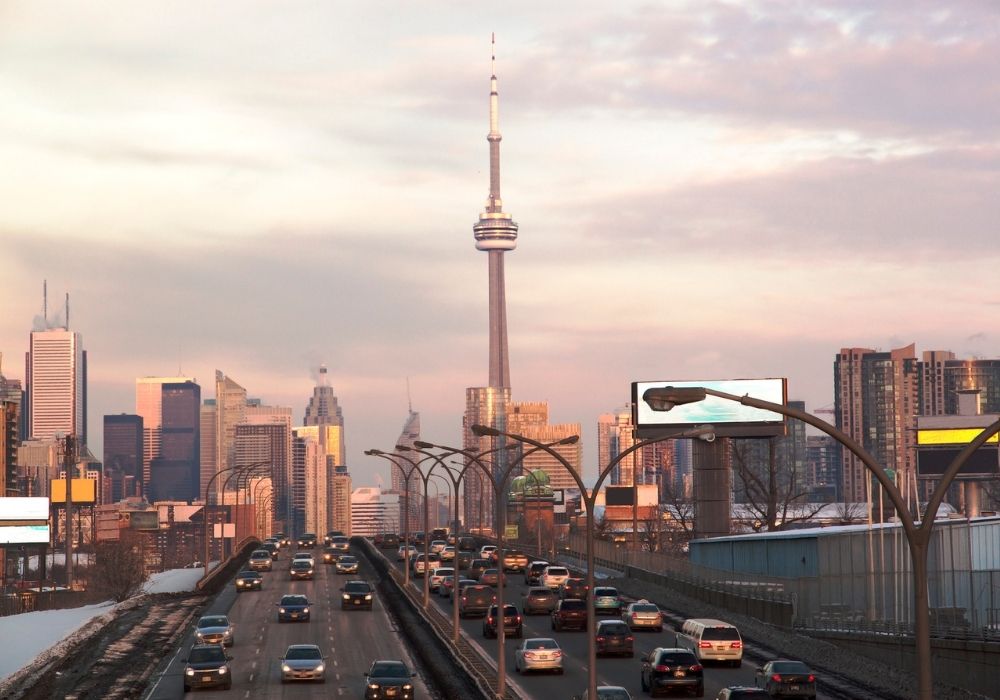 Toronto, the provincial capital of Ontario, is the largest city in Canada with a population of 2.93 million people as of 2017. It has the reputation of being one of the most multicultural cities in the world since its an attractive location to immigrant settlers.

The city is bordered by Lake Ontario to the south and Steeles Avenue to the north. Marie Curtis Park, Eglinton Avenue, Etobicoke Creek and Highway 427 all border the western perimeter. The eastern boundary comprises of the Rouge River and the Scarborough-Pickering townline.

Toronto is one of the busiest and most congested cosmopolitans in the world. It is an international hub for business, finance, communication, technology as well as art and entertainment.

It’s no surprise that the main freeway, Highway 401, is regarded as the busiest in the world. Some of the other major highways located in Toronto are the 400 series of highways and the Queen Elizabeth Way (QEW). There are also as municipal expressways such as the Gardiner Expressway and the Don Valley Parkway.

Bumper to bumper traffic congestion can make driving in Toronto seem quite challenging. During a typical work week rush hour usually exists between 7am to 9am and 4pm to 7pm on the highways.

Learning to drive in one of the busiest cities in Canada can be a bit intimidating to most people, especially those attempting to integrate into a society where driving is done on the right hand side of the road.

Hi-Tech Driver Education is one of the premiere MTO approved Toronto driving schools. We understand the challenges that those trying to learn to use the roadways in this city for the first time face. We are also included in 2022 List Of The Best Driving School In Toronto.

We provide personalized lessons with experienced instructors in many languages so that our students can get the attention they need as well as learn at a pace they are comfortable with.

Students can obtain in-class training which will teach them the rules of the road, road signs as well as other useful tips and tricks. They will be thoroughly prepared to write the G1 knowledge test.

Road practice sessions are also available for people wishing to learn to drive in Toronto. Our patient and articulate instructors will guide you through navigating the busy streets of Toronto confidently no matter what experience level you’re starting from. Your driving skills are assessed according to MTO standards and valuable feedback is provided so that you can develop the right driving habits that will guarantee you pass your road test-

I just passed my test in the first try. Paul was a great instructor, he was very calm and knowledgable. Definitely taught me everything that I need. I really appreciated the door to door pick up each session too. I highly recommend hitch driving school!!!
Erica
I highly recommend this driving school! I just passed my G2 today without any problem, I owe it all to Paul, who was an amazing instructor. I went to a different driving school and didn't get treated as well as Hi Tech Driving School. Thank you for your help and support, Paul! Kudos to everyone in this school!
Anne Vee
View All >>

Quick and easy process to register your driving courses